6 Things You Need to Know About Blockchain 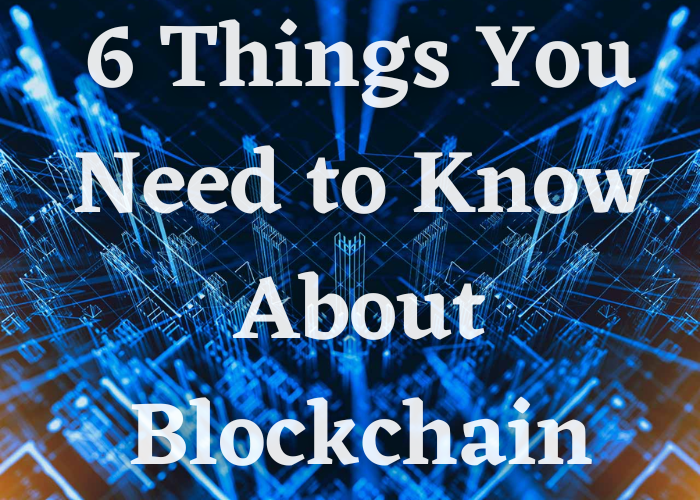 Blockchain is a type of technology that was first created in 2008. It is a digital ledger that records transactions and can be used to track them. The ledger is stored in many different places, which means it cannot be altered or hacked. The blockchain is in the form of a block that is connected to other blocks. This is why it is called blockchain.

Blockchain is a technology that provides a tamper-proof way of storing data. This is done by storing data in blocks, each of which is linked to the previous block. The blocks are distributed across a network of computers. The data is encrypted, making it impossible to change a block without the network noticing. This is important because if someone were to fake a transaction using the technology, the block would be rejected by the entire network.

Blockchain gets rid of intermediaries

Blockchain technology is a revolutionary new way to store and share data. It eliminates the need for middlemen in transactions and eliminates the need for third-party verification. It can be used to track goods, keep records of ownership, and even provide digital signatures. Blockchain is a public ledger of all bitcoin transactions that have ever been executed. It is constantly growing as ‘completed’ blocks are added to it with a new set of recordings. The blocks are added to the blockchain in a linear, chronological order. Each node (computer connected to the bitcoin network using a client that performs the task of validating and relaying transactions) gets a copy of the blockchain, which gets downloaded automatically upon joining the bitcoin network. Bitcoin nodes use the blockchain to distinguish legitimate bitcoin transactions from attempts to re-spend coins that have already been spent elsewhere.

Blockchain is decentralized and reliable

Blockchain is decentralized and reliable because it is not controlled by a central authority. This means that it is not susceptible to the same risks as a centralized system, such as hacking or tampering. Blockchain is also reliable because it is immutable. This means that once data has been written to the blockchain, it cannot be modified or deleted . Blockchain is also transparent, because each time a transaction happens, information is permanently recorded on a block. At the same time, cryptography ensures that blockchain remains anonymous.

Blockchain offers transparency by providing an open ledger that records transactions. Anyone can see the transactions, and the information is not hidden from the public. The information is also public and cannot be altered. This is the opposite of what happens with banks, where transactions are private and information is hidden from the public. While the two share many of the same features, there is a stark difference between the two, and it is the difference that is revolutionary. Cross-border transactions can cost hundreds of dollars, and cross-border wire transfers can take days to process. Blockchain solves both of these problems, as it takes merely a few minutes to transfer money from one person to another, and there is no extra cost.

The blockchain is a distributed ledger which records transactions. The blockchain is a secure, transparent and immutable database which is shared by all nodes in a peer-to-peer network. A smart contract is a computer protocol that can facilitate, verify, and enforce the negotiation or performance of a contract. The contract can be coded in a way to self-execute based on the pre-programmed parameters. A smart contract is “a set of promises, specified in digital form, including protocols within which the parties perform on these promises.”

What is Blockchain Wallet and How Does It Work?