What Is Ethereum And How Does It Work? 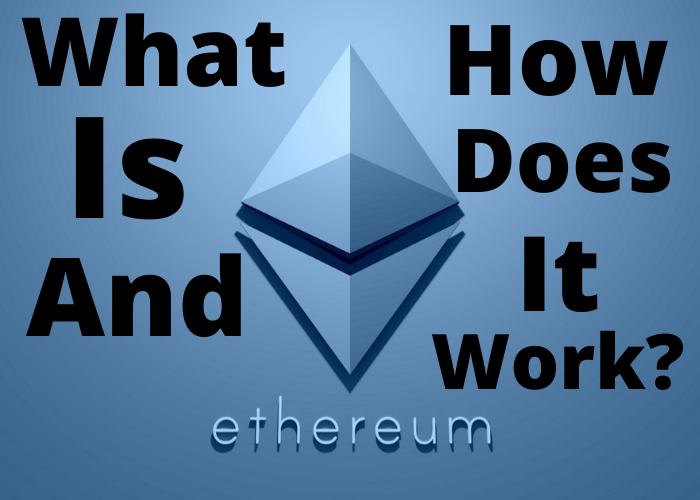 Ethereum is a platform that allows people to create a trustless, decentralized network. It’s a blockchain-based, open-source software that can be used to create new applications and programs. Ethereum is a decentralized system that is not owned by any single person or group. It’s a public network that allows people to trade  , store or manage files and money without the need of a third-party. Ethereum is a  blockchain-based, open-source distributed computing platform that enables smart contracts and distributed applications (Dapps) to be built and run without any downtime, fraud, control or interference from a third party.  The applications on Ethereum are run on its platform-specific cryptographic token, ether. Ether is like a vehicle for moving around on the Ethereum platform, and is sought by mostly developers looking to develop and run applications inside Ethereum. According to Ethereum, it can be used to “codify, decentralize, secure and trade just about anything.” Following its launch in 2015, Ethereum has grown to become the second largest blockchain after Bitcoin in terms of market cap and has spawned an entire market of tokens which can be transacted on the Ethereum blockchain like ether. Although ether can be used as a currency, it is more commonly used to execute smart contracts.

How Does Ethereum Work?

Ethereum is a decentralized platform that runs smart contracts: applications that run exactly as programmed without any possibility of downtime, censorship, fraud or third-party interference. These apps run on a custom built blockchain, an enormously powerful shared global infrastructure that can move value around and represent the ownership of property.  This enables developers to create markets, store registries of debts or promises, move funds in accordance with instructions given long in the past (like a will or a futures contract) and many other things that have not been invented yet, all without a middleman or counterparty risk. Ether is a type of cryptocurrency and the token for the Ethereum blockchain. Ethereum is a platform for decentralized applications. Ether is the currency of the Ethereum platform and is used to pay for transactions and services on the Ethereum platform.  The Ethereum platform is the precursor to ether. Ether is the asset that powers the Ethereum platform.

Ethereum and Bitcoin are two of the most popular cryptocurrencies in the world, but they are very different. Ethereum is a decentralized platform that runs smart contracts and its own currency, Ether. Bitcoin, on the other hand, is a decentralized currency. Bitcoin was the first of its kind and has a head start  of a few years over Ethereum. But, with many programmers and developers working on Ethereum, it’s plausible that it could become the dominant platform in the near future.

The Ethereum blockchain has many benefits, many of which are not yet being utilized.

Here are a few of the benefits of Ethereum:

Ethereum is a digital currency that has a lot of advantages, but it also has some disadvantages.

How to Make Money with NFTs

How to Buy Ethereum